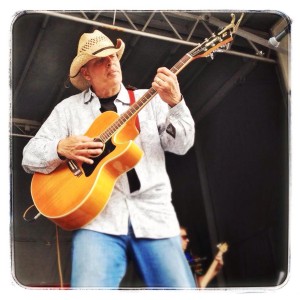 Mark Cleveland: is a contemporary singer-songwriter who evolved into a recognized World Music performer over the past 2 decades. He began this musical journey after he was adopted by a Native American elder who encouraged him to explore that part of his heritage. Highlights of his musical career include performing for the Dali Lama, scoring the Chicago Field Museum’s Ancient Americas exhibit, recording with Yo-Yo Ma’s Cross Roads Project, performing at the Harris Theatre in Millennium Park as part of the Tibetan National Cultural Exhibition and sharing the stage again with Bill Miller and Wade Fernandez among other notable performers.  He has been a repeat performer at the Chicago Cultural exchange. He was also invited to participate in a cultural exchange with the Maori people of New Zealand including performances in the Te Papa National Museum in Wellington, and Tokomaru Bay New Zealand. He plays over 20 instruments including Native American flute, mandolin and acoustic guitar.

International Performances: When the Maori (first people of New Zealand) requested the return of ancestral remains from the archives of the Field Museum, members of the American Indian Center of Chicago were asked to be ambassadors of this process based on their responsibility as local “keepers” or custodians of the Maori House in the museum.  Mark Cleveland was asked to join the procession which began here in Chicago. Performances in Wellington concluded with a genuine sharing of instruments (some 1000’s of years old) from the Te Papa National Museum archives. Ireland session: Mark Cleveland performed at Paddy O’Donnels (“Podders”) Belfast, with members of the Irish band “Aontas” on Bloody Sunday memorial weekend 2009. Other world reknown performers appearing with the band include:

Crossroads Exchange: Members of the Silk Road Ensemble : The Windy City inspired countless intercultural collaborations during the yearlong Silk Road Chicago celebration. Mark Cleveland participated with other local musicians who met two at a time, developing new works that they recorded together. “Without the spirit of openness and depth of musicianship offered by all the participants, this project would not have been possible,” said Suter and Umezaki.

About Jordi Kleiner: Jordi is one of Chicagoland’s most sought after fiddle players. He has played violin since the age of five and adapted his classical training from Swarthmore College and Interlochen’s Music Camp to Swing, Rock, Irish, Folk and Blues performances with many area legends. A must see, Jordi adds an exceptional emotional statement to every song. As he says “he brings the icing to the cake”.

About Bob Bechstein:  well known artist, Bob performs regularly with Chicago area and touring bands. He is another musician who can be counted on to bring exceptional musicianship on percussion and kit drums, which he readily adapts to each musical style.

Solo performances are also available to best suit the venue. These performances can provide a unique opportunity for learning and cultural awareness, in addition to their entertaining content

Soundtrack/Environments: Complex and multi textured soundtrack works are available for movies, exhibits using a wide diversity of indigenous and traditional instruments, environmental tracks and animal sounds scored to deliver an enhanced experience. Chicago’s Field Museum now features a musical soundtrack created by Mark Cleveland for the Ancient America’s Hall of the Descendants exhibit … as do a number of commercials and short films in the public domain.

The Native American Flute  is a traditional instrument  unique to the indigenous people of  the United States. It is in a Pentatonic scale, usually crafted by hand in Cedar approximately the length of the creator’s forearm. Legend tells that the flute was used in courting, originally carved by the Red Headed Woodpecker in response to the lamentation of a young man. The boy used the carved branch to repeat a melody while hiding. After revealing himself and winning the heart of his betrothed, this melody became the lullaby of their children. 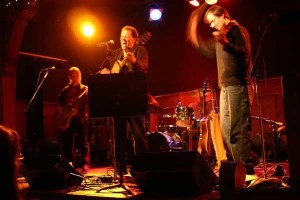